This research is aimed at investigating the effect of altruism on the extra-role behavior of 113 members of Taruna Siaga Bencana (TAGANA) in Banyumas Regency. The data were collected through two scales: extra-role behavior scale with the reliability of 0.910 and altruism scale with the reliability of 0.927. The data were analyzed using the simple regression technique.

Based on the data analysis, it is revealed that the Ftest is 136.798 with the probability sig. (p) = 0.000 (p < 0.01). It can be concluded that H0 is accepted; which means there is a significant effect of altruism on the extra-role behavior. The determinant coefficient value is 0.552. The value shows that altruism affects the extra-role behavior as much as 55.2% and the rest 44.8% is affected by other variables which are not investigated in this research.

This work is licensed under a Creative Commons Attribution 4.0 International License. 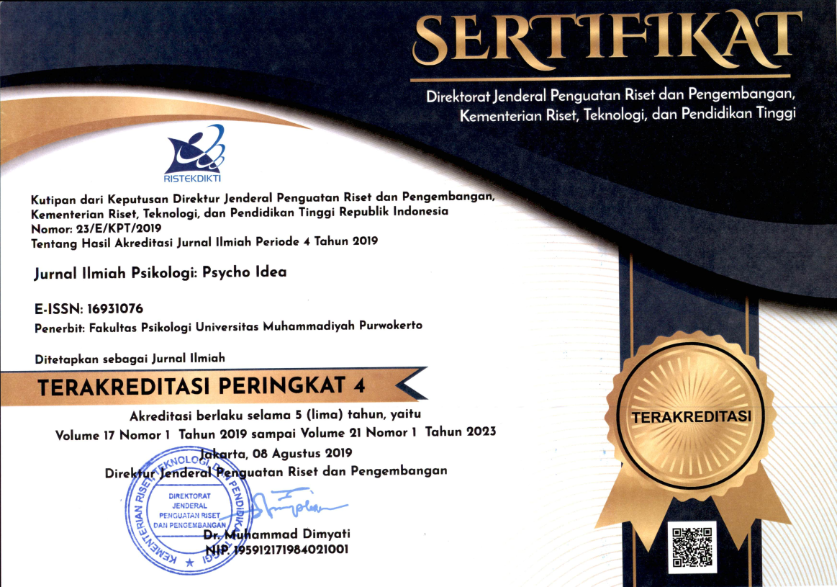